The Trilock locking wheel nut system has been used by over 20 different car companies during it’s lifetime. This locking wheel nut set offers security and quality at a great price.
These have a push on stainless steel cap to cover the lock, and are hardened and tempered for maximum strength.

The design of the head is computer generated, giving almost unlimited combinations of secure lock shape. The key is precision forged with hardened pins for easy installation and removal of your wheels.

A rotating washer prevents the lock head from being gripped by conventional tools.

Suitable for the following vehicles:

This product is for original equipment wheels and have been developed to the original manufacturer specification. An aftermarket wheel might require different locks due to the seat of the wheel and hole diameter for the locks. If in doubt, please contact us.

You should tighten all nuts or bolts to car manufacturer's recommended torque setting, and check the tightness of nuts and bolts after the first 100 miles. The information can be found in the vehicle handbook. 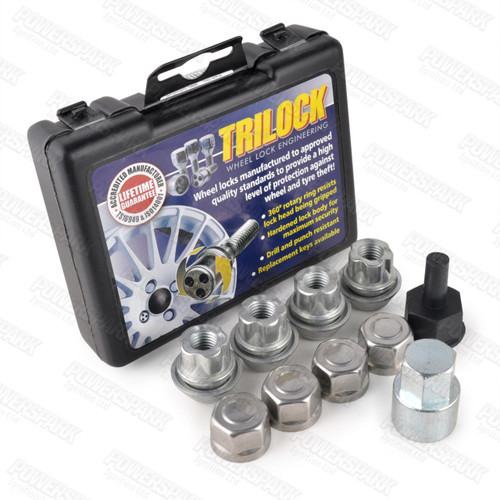