The all new Powercor 10mm ‘Race Spec’ HT Leads are the ultimate in HT lead technology. Where ‘standard’ HT leads are usually 8mm, the Powercor spec use a 10mm construction to make a bigger and stronger HT lead to out perform all other variants.

These leads offer the ultimate in HT lead technology, and have proven very popular with owners of performance vehicles, highly tuned engines or just enthusiasts who want the very best.

Only available in RED... Because RED means SERIOUS.

In 1967 the Ford Kent engine had a redesign to feature a cross-flow type cylinder head, and adopted it’s new alternative name of Crossflow.

The Ford Crossflow engine powered iconic Ford classic cars from 1967 until around 1993. The Crossflow engine was also used by Caterham, Morgan, TVR and Renault, as well as being one of the most popular kit car transplant engines of all time. 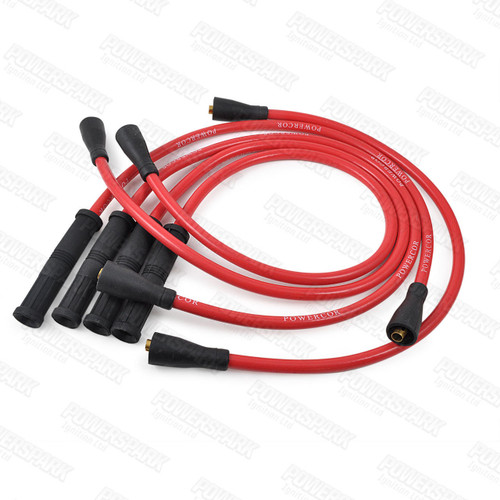