This set suits the following cars:

Protect the ones you love with the best wheel security money can buy.

Evo Automotive MK5 wheel locks are a new generation in wheel locking systems designed to combat the most sophisticated and determined thieves.
They feature a heavy duty toughened rotary ring which is almost impossible to grip, as well as hardened punch resistant centres.

Awarded the ‘SoldSecure’ award, approved with a GOLD standard rating.

The most secure solution for your car… and don’t worry, replacement keys are available via a secure service should you misplace yours!

Rigorously tested and approved, and now used by 15+ car manufacturers 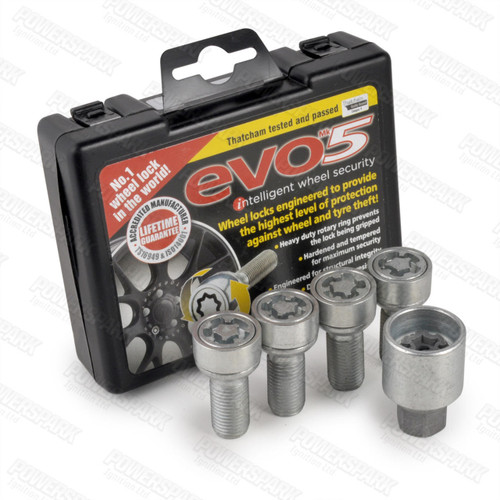